Montgomery, AL 2019:  Bluewater Broadcasting is pleased to announce the promotion of one of our most experienced employees, Jay Scott, to Operations Manager, effective October 18th, 2019. 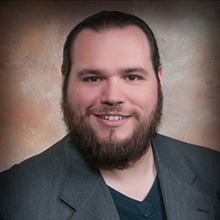 Jay started his broadcasting career back in September 2000 at Montgomery Broadcast Properties as a Board Op for the “Steve in DC” Morning Show based out of St. Louis, Missouri. Once the company officially became Bluewater Broadcasting in 2004, Jay’s resume included air shifts on Star 98, Bama Country 98.9 and Alice 96.1. Over the years, he became Production Director over all eight stations and currently has air shifts on The Vault 107.1 and News Talk 93.1. Jay said, “You don’t stay in this business as long as I have without being able to do anything that’s needed at the stations. But in all seriousness, I’m thrilled and honored to receive the position.”

Rick Peters, Managing Partner of Bluewater adds, “Well, he was doing all of this work for the stations anyway, so we figured we’d add an official title on it!”

For more information contact: Kristen Hooper at 334-244-0961 or kswiger@bluewaterbroadcasting.com

Posted in News and tagged promotion, talent
Scroll To Top